As Chairman, Chief Executive Officer and a shareholder of BakerStone International , Lewis Rose led the development and growth of this unique, patented consumer product from a single SKU into a global branded business with offices in Los Angeles and Toronto. An award-winning developer, marketer and distributor of pizza ovens and BBQ accessories to national retailers in the United States, Canada, Australia, the U.K. and 15 other international markets, and selected as One of “Oprah’s Favourite Things” for Christmas 2017, BakerStone was sold to a strategic purchaser in December 2017/January 2018.

Under Lewis Rose’s leadership as President and Chief Executive Officer from 2002- 2007, CryptoLogic’s market capitalization increased significantly from $90M to $400M; with 16 consecutive quarters in which performance exceeded expectations; and record revenues in each of last three years; ROE increased to 28%; and international revenues grew from 30% to 65%, including the opening of an Asian office. Mr. Rose built a world class professional management team and developed the technological infrastructure to manage the annual processing of over $15B in real time wagers while achieving 99.9 % network uptime servicing customers in 240 countries in 8 languages and 3 currencies.

As President and Director from 1997 – 2000, Lewis Rose led the structure and financing of the reverse takeover of Alliance Communications by Atlantis Communications in 1998 to form Alliance Atlantis, the largest filmed entertainment company in Canada and one of the 12 largest in North America.

As Chief Financial Officer from 1987 – 1995 , Lewis Rose was instrumental in structuring and integrating the reverse takeover of $3.2B Canada Packers by $800M Maple Leaf Mills to form Maple Leaf Foods, the largest publicly traded food processing company in Canada, having achieved annual savings in excess of $20M following the merger. Mr. Rose led and negotiated over 20 acquisitions, divestitures and joint ventures ranging from under $1M to over $100M, as well as a $226.5M equity issue in 1991.

As President of Maple Leaf Grocery Products from 1994 – 1995, Lewis Rose spearheaded the profitable turnaround of the branded grocery products business from a $2M loss in 1994 to a $3.5M profit in 1995. He rationalized the business, achieving a 70% reduction in capital employed through sale of businesses with no competitive advantage and the elimination of unprofitable products, and improved earnings through the relentless focus on core competencies and rejuvenation of key brands. He also improved overall gross margin from under 30% to 36% , and established an entrepreneurial culture to encourage innovation and fresh thinking in a professional environment. 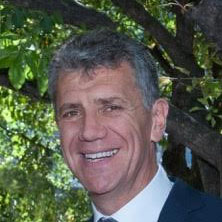 South African born, Canadian businessman with 30 years of diverse Board of Director and C-suite leadership experience in both private and publicly-traded enterprises with global operations, including blue chip companies such as Maple Leaf Foods, Alliance Atlantis Communications and CryptoLogic Inc., and also headed the Turnaround Management Practice of Farber Financial Group.